In the unlikely even that the continued threat of the coronavirus will prohibit public gatherings,

we will refund in full any payments collected. 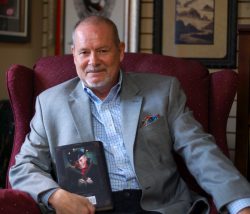 Robert McCammon is the author of 23 novels and two short story collections. Starting with his first novel, Baal, in 1978,  McCammon quickly became one of the bestselling horror authors of the 1980s, with three consecutive novels hitting the New York Times Bestsellers List: Swan Song, Stinger, and The Wolf’s Hour. During that time, he also won several Bram Stoker Awards for Best Novel and Best Short Story. As the ’90s dawned, McCammon expanded his writing away from the horror genre, and his 1991 classic Boy’s Life won the World Fantasy Award for Best Novel. After Gone South in 1992, McCammon decided to try historical fiction, which had always interested him. After clashing with a new publisher over the direction of his new books, McCammon retired from publishing for ten years. He returned in 2002 with Speaks the Nightbird, which became the first book in a planned nine-book series about Matthew Corbett. The Corbett books are set in the early 1700s, and each volume has explored different genres: mystery, adventure, chase, pulp, thriller, and more. In addition to the Corbett books, McCammon has also written contemporary novels, including The Five, The Border, and The Listener. Cardinal Black, book seven in the Matthew Corbett series, will be published by Cemetery Dance on April 30, 2019. McCammon lives in Birmingham, AL.

What Is the Borderlands Press Writers Boot Camp?

At our one-of-a-kind Writers Boot Camp, you will be expected to log in many hours of intensive analysis and criticism from your peers and the three guest instructors who will be guiding you through all the major elements of writing fiction. You will be required to read (in advance) the submissions of your fellow workshop participants. (ALL OF THEM)

Your weekend will comprise of :

In addition, you will receive a general understanding of the state of modern publishing—that is where and to whom to submit your material, the real deal on editors and agents, the characteristics of the genres, the perception of the difference between mainstream and literary fiction, and even a few words on marketing and publicity. Have all your questions ready!

You will learn all the basic elements of writing and the processes needed to finish your manuscript and have it ready for submission to the market place. But more importantly you will get the much needed FEEDBACK that is often the missing factor which contributes to the success (or failure) of many writers.

Each instructor has a specific area he will be emphasizing. If you’ve never experienced a piece of writing deconstructed (especially your own) and analyzed in a high-intensity workshop setting, be prepared to learn things about you, your writing, and your ability to tell a good story.

You will discover this workshop is primarily concerned with analysis and criticism—That is, learning how to give it out, and more importantly, how to take it, and apply it to your own work.

Professional writers learn early on the ability to receive and implement critical feedback is the most important element contributing to the improvement of their craft. When writers learn to EDIT their own work with a critical eye, they discover the ultimate key to their success.

We are currently scheduling ONE session that combines both SHORT FICTION and NOVEL and NON-FICTION. Any and all genres acceptable. 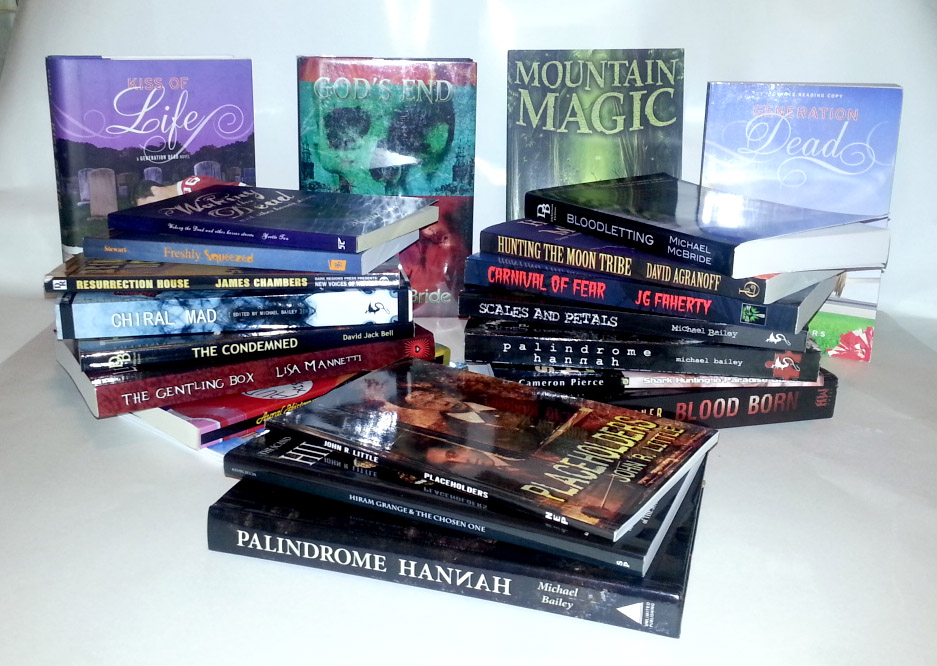 Here’s a sample of the works from graduates of past Writers Boot Camps!

More than 150 Boot Camp Graduates
have gone on to publish their novels
or short fiction & 3 have won
the Bram Stoker Award for
Superior Achievement!

Will you be next? 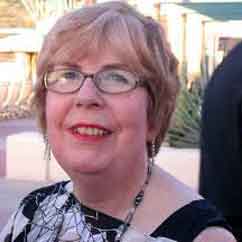 Ginjer Buchanan
was Editor-in-Chief at Ace Books and Roc Books—the two science-fiction and fantasy imprints of Penguin Group (USA). She had worked at Ace since 1984, was nominated for both the Hugo and World Fantasy Awards and won a Hugo Award in 2014 for her editing. She was a Guest of Honor at OryCon in 2008, Foolscap in 2000, and ArmadilloCon in 1988. Buchanan retired in March 2014, after 30 years with Ace. 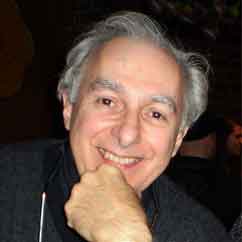 Thomas F. Monteleone
has published more than 100 short stories, 5 collections, 8 anthologies and 27 novels including the bestseller, New York Times Notable Book of the Year, The Blood of the Lamb. He is a 5-time winner of the Bram Stoker Award for Novel, Collection, Anthology, and Non-Fiction. In April, 2017, the Horror Writers Association presented him with their Lifetime Achievement Award. He lives in Maryland with his wife, Elizabeth. 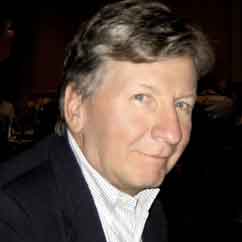 F. Paul Wilson
is the award-winning New York Times bestselling author of more than 50 books and many short stories spanning horror, adventure, medical thrillers, science fiction, and virtually everything in between. His work has been translated into 24 languages. He’s best known for his continuing series character—Repairman Jack. He is also a recipient of the HWA Lifetime Achievement Award. He lives with his wife, Mary, near the Jersey shore. 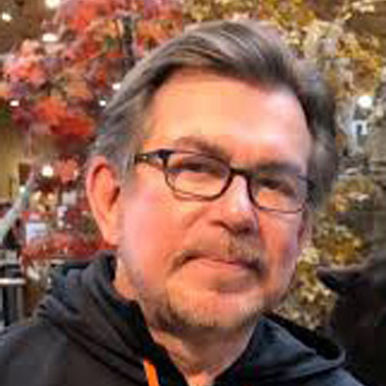 Douglas E. Winter
As well as being a lawyer in Washing DC, Doug enjoys a parallel career as a horror writer and horror critic. Winter edited the classic horror anthologies Prime Evil (1988), and Revelations (1997) as well as the interviews collection Faces of Fear(1985, revised 1990). He has also written biographies of Stephen King and Clive Barker. He is a member of the National Book Critics Circle. He lives in northern Virginia with his wife, Lynne.

Tracie Orsi first attended a Borderlands Boot Camp in 2011, and quickly established herself as a special talent. Her prose was marked by great dialogue, compelling characters, and memorable settings. In addition, her infectious personality infused the entire weekend with charm, wit, and intelligence. She absorbed the lessons of the Boot Camp like a sponge and returned the following three years with two different novels in progress and a published cook book based on the recipes of her New Jersey restaurant, Ragin’ Cajun. (She’d not only created the recipes, but did all the book’s photography, designed the layout, and did the typesetting). She enlivened our Boot Camp with her fiction as well as her insightful critiques; and became part of the Borderlands Press family.

When she told us five years ago she’d been diagnosed with bladder cancer, we were shocked, but also convinced she would beat it because of her energy and determination to succeed at whatever she attempted. She sent us updates of her treatment throughout the year and wrote a blog detailing the experience in prose both dazzling and searingly honest. As late as a week before the January 2015 Boot Camp, she promised to attend.

But it was not to be. And in less than a week, she was gone.

Tracie Orsi was an inspiration to everyone who met her, and left her mark on our Boot Camp. We will never forget her contributions to our intense weekends, and to ensure this, we have established a Scholarship in her name.

Each year, we grant a free tuition to the applicant who best exemplifies Tracie’s talent and energy and determination to improve. It is also be based on need. If you feel you have the talent, but lack the means to attend our weekend, send us a detailed letter along with your writing sample, and you will be under consideration to receive the Tracie Orsi Memorial Scholarship.

Accommodations are single room suites at a special convention/workshop rate. 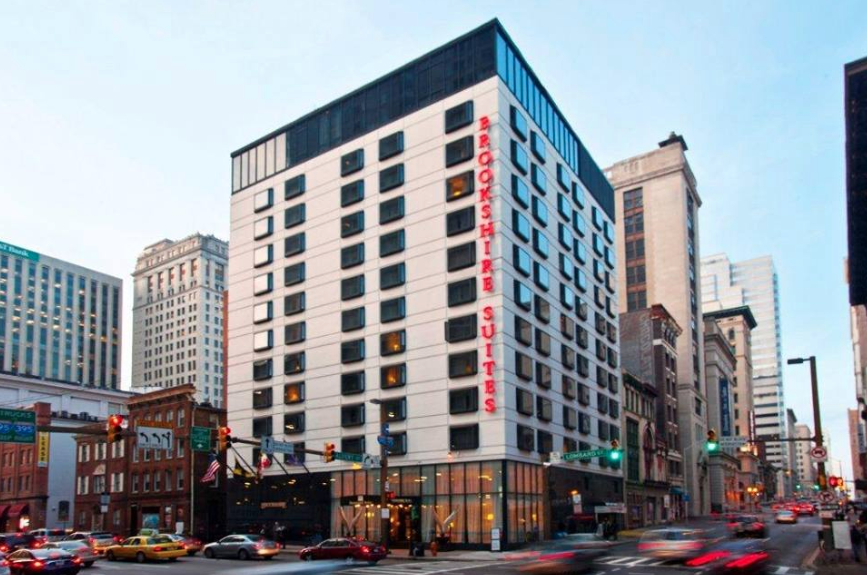 This past weekend I spent three days in Baltimore attending the first (2005) Writers Bootcamp put on by Borderlands Press. My evaluation of that experience? If you are serious about your writing and have the opportunity to go next year, don’t miss out. IT WAS THAT GOOD.

It’s an intense writing workshop put on by Tom & Elizabeth Monteleone of Borderlands Press. About 4 months before the weekend, you, the grunt, submit your work, whether it’s a short story or the first 3 chapters of a novel. During those 4 months, all the grunts and the instructors (Tom, F. Paul Wilson, and Doug Winter) read the submissions, line edit them, and critique them. [Read more]

As noted previously, you will be expected to critique your peers. This is the time when you must be honest, thorough, and unbiased. The round-table discussion format of this workshop depends upon each writer participating to the fullest extent. We cannot emphasize this enough.

You MUST submit a sample of your work (up to 1500 words) to qualify by filling out the form below.

If we select you for the Boot Camp, you will need to submit your material for the All-Day Saturday Round Table Workshop.

Your Novel / Short Fiction / Non-Fiction Book or Article should be:

NO Refunds — payment plans are available.

We do accept Personal Checks or Postal Money Orders made payable to Borderlands Press. No Paypal or Credit Cards.

Questions may be sent to: bootcamp@borderlandspress.com

Submissions for Writers Boot Camp 2021 are not yet open.